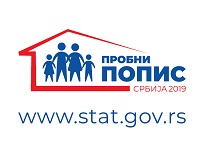 You are here: Home - Environment - Soil

The pedalogical composition of soil in the territory of the municipality is diverse. Mostly represented are the following: alluvial, smonitza, chernozem and para-podzolic top soils. Alluvial soils originated from river deposits, and occur in the Čačak Valley, by the Zapadna Morava River. They are rich in humus in the area which represents the most fertile part of this valley. Smonitza soils occur in hilly terrain bordering the Čačak Valley, below 400 m altitude. These fertile soils originated by the decay of lake sediments, and is suitable for cultivating most farmed crops, vegetables, fruit trees and vineyards. Chernozem occurs above the smonitza belt and is less fertile than the first two types of top soils. It originated through bioturbation of already existing types of topsoil (smonitza and others), and pitted fruits and vines are successfully cultivated in it. Para-podzolic top soils take up smaller areas of flat and slightly rolling relief shapes. It is predominantly used as ploughed topsoil, and as meadows. At higher altitudes it is the ground of forest vegetation.